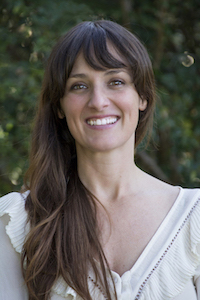 What if it was less about the 'how' and more about making a choice to have something different? And having tools to assist you in creating, having and being what somewhere you know is possible?

What if you didn't have to be perfect to be able to start on the road to greater?

If money weren't the issue, what would you choose?

Through classes & private sessions (in-person & online), I empower & facilitate you and your body in changing anything that is not currently working for you - from money, to work, relationships, health, family, and more!

As an Access Consciousness Certified Facilitator, I offer classes where you receive and learn the dynamic tools and techniques that Access Consciousness offers (that actually work!) ~ The Access Bars®, The Foundation and various classes, workshops, onlines series' and more!

I have been playing with the tools of Access Consciousness and facilitating this amazing work since the early 2000's, and I am so incredibly grateful for these tools and what they have created and changed in my life personally! Daily life savers!!! So I also love sharing them with people... so that YOU can also start to step into truly being all you can be, and having everything in life that you would truly like to have!

ALL OF LIFE COMES TO US WITH EASE & JOY & GLORY!

Being You - The Intro Adventure

Welcome to the Being You - the Intro Adventure class based on Dr. Dain Heer's Being You, Changing the World book and classes, as well as the amazing tool-box of Access Consciousness. These tasters are facilitated by special Being You facilitators worldwide and can give you an energetic experience of being that you won't find anywhere else...

Being You – The Weekend Adventure

What if you could wake up every day with a wild enthusiasm for being alive? Are you always asking for more and looking for that “something” we all know is possible? What if that “something” is YOU? What if you, truly being you, are all it takes to change everything – your life, everyone around you and the world?

Access Consciousness® offers you the tools and questions to create everything you desire in a different and easier way, and to change the things in your life that you haven't been able to change until now.

This introductory class will explore these life-changing techniques, tools and processes that are designed to empower you to create the life you desire. Practical, dynamic, and pragmatic, these tools and this class is designed to facilitate you in being more conscious in your everyday life and eliminate all the barriers you have put up to receiving.