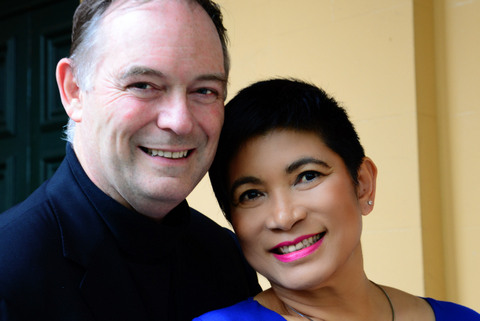 Chutisa and Steven Bowman are highly sought after advisors, facilitators, and speakers, well-known among CEOs, senior executives, and boards around the world for their uncanny ability for bringing the most complex problems down to the fundamentals from a very different point of view. They are the new breed of business partners of the 21st century.

Steven has held CEO positions with major organizations such as the Australasian Institute of Banking and Finance, the Finance and Treasury Association, CPA Australia, and has been a Director of the American College of Health Care Administrators. He pioneered the teaching of nonprofit management in Australia. Chutisa has had an extraordinarily diverse life, from her beginnings in a traditional aristocratic family in Thailand to her remarkable rise through the executive ranks of the international business world to become a well-respected corporate leader, speaker, business consultant, workshop facilitator, and author. Her long, distinguished background includes prominent executive roles at numerous world-class companies, including senior executive for the Coles-Myer Corporation, Senior Buyer for K-Mart and the Target Retail Group, and Director of Buying for David Jones Department Store.

They have developed ConsciousGovernance.com (www.consciousgovernance.com), No More Business As Usual (www.nomorebusinessasusual.com), Benevolent Capitalism (www.benevolentcapitalism.com) and The Alchemy of Wealth (www.thealchemyofwealth.com) as online resources for boards, executive leadership teams and those interested in creating greater possibilities.