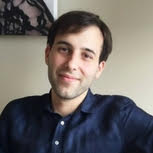 What if nothing were impossible to change?

10 years ago, Bret Rockmore had a BIG problem.

He had flunked out of his final semester of college, moved back in with his parents and his health was declining. He had developed chemical and electro-magnetic sensitivities, and every doctor he went to told him “There’s nothing that can be done to change this. You’re just going to have to learn to live with it.”

A year went by, and after trying to cope, Bret was on oxygen for 2 hours a day, and had to wear a mask any time he left his room (way before the recent pandemic). At his lowest moment, he decided that he would either find a way to change this or he was going to kill himself.

Luckily enough, the change arrived quickly. He discovered from a few sessions with an energy practitioner that he could change anything in his life. He took that information and got to work on changing the energetics of his health situation.

It was then, that Bret was introduced to Access Consciousness. He started using the tools of Access, “Getting his Bars run”, and attended as many classes as he could, and within the next year totally got rid of all of the chemical and electro-magnetic sensitivities he had been suffering. Something that he was told time and time again couldn’t be changed had disappeared.

Bret now is a Certified Facilitator of Access Consciousness, and facilitates classes and private sessions using the Access tools.

What is it that you’ve always known you should be able to change, but haven’t yet been able to?

“Access Consciousness gives you the tools to live more consciously in every moment of your life. Oh yeah, and they’re fun to use too!

Everything in Access is designed to empower you to expand your life, expand your joy, and expand the possibilities you have to choose from. There is no end to what you can apply these tools to. The more I’ve used them in my life, the less I’ve been at the effect of people and things outside of me.” -Bret Rockmore

"If you know Bret, you know that he has the ability to be present with you in way that melts your walls and barriers. That presence that he BEs, the no judgment world that he lives in, is an invitation like no other. Bret lives and breathes the space of communion and he welcomes everyone he meets into that space. Entertwined with all of that kindness and gentleness is a potency and a strength, a willingness and a courage to look at ANYTHING and change it." - Marnie Barranco

How The Bars™ helped change my money situation

“When you are willing to perceive the gift of every choice you make, there is nothing and no one who can stop you.”

Being You - The Intro Adventure

Welcome to the Being You - the Intro Adventure class based on Dr. Dain Heer's Being You, Changing the World book and classes, as well as the amazing tool-box of Access Consciousness. These tasters are facilitated by special Being You facilitators worldwide and can give you an energetic experience of being that you won't find anywhere else...